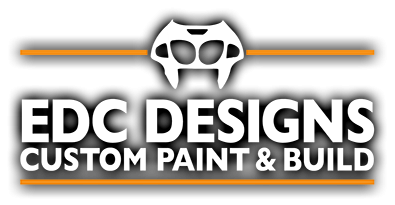 It's all about personality.....  Welcome to the Triumph Bonneville T100 Custom Build.

Some of you will also be asking 'Why not just buy a scrambler?'  Well... a standard Triumph Scrambler can't be had for less than £9k. Plus, it's all about personality.  When it comes to an individual retro/cool look, you just cant get that from a standard bike. That's my take on it anyway and that works for me!

On the bike you will find several bolt on parts that you could easily buy and fit yourself, the list is endless, but that caught me out.  The whole bike has to work together to get that specific look.  Buying off the shelf parts sometimes just wont cut it.  You will also see some parts that have been custom made/modified by me just for that specific look.  Oh, and this bike WILL go offroad if you have the stamina!

Up front we have a hybrid fork conversion and longer Tec shocks control the damping at the rear.  Both these mods are fully adjustable and give an increase of 35 mm ride height.  Stick on a pair of chunky TKC80's and the bike looks like it could climb Everest...  with attitude!

The frame itself has been modified with a custom made loop at the rear and all unneccessary brackets/fittings removed.  (it was slightly strange taking a grinder to a £4k bike)  A custom battery box was made to house the incredibly light Lithium Ion battery and the fusebox and relays now sit snugly together.  The wiring loom has been extensively cut/modified and wrapped with beautiful black mesh sleeving from the switchgear all the way to the rear.  All this has cut down on a massive amount of ridiculous Triumph electrical mess and looks pretty cool too.  A lot of 'special' builds just look plain ugly naked so I wanted this bike to look just as good with it's clothes off! ...if you know what I mean!

The gorgeous fluted seat started off life as an O.E. item. Give it the EDC treatment, wrap in the oxblood custom one off cover, WOW! ...Classy!

Extra brackets were fabricated for the rear mudguard/seat assembly so the whole thing fits like it came straight from the factory.

The keen eyed among you will have noticed there is a lack of oil cooler!  A modification I didn't take lightly.  I looked at the pros and cons, studied the engine layout and made an executive descision.  ...Engine temp after four full throttle runs on the dyno showed a stable 92 degrees.  Im happy with that! Thumbs up!

Paintwork. It had to be matt black, it just had to.  The tank, on the other hand, proved more tricky than expected - that's putting it politely.  I had an idea from around the middle of the build as the bike was taking shape which I thought would work perfectly - that idea changed over and over again!  Stressful times as this could make or break the entire build!
I think and I hope you guys will too, that the tank works in perfect harmony with the style of the bike.  In case you're wondering, it's not decals, it's all paint. ...and that paint alone took me 4 1/2 hours to get just right.  ...we'll not talk about the 3 days just to get the bare carbon steel spot on!

There are a few little tweaks here and there still to be done but after a 3 hour shakedown session at the dyno I'm more than happy with the results.  57bhp may not sound a lot but this monster pulls strongly in every gear with NO flatspots - exactly as we like it!

Yes, it's cable ties round the exhaust pipe. ...still a few tweaks!

"Every job is unique, every customer an individual,

I pride myself on personal service"